SI-traceable calibration of HySICS is the cornerstone for success of the CLARREO Pathfinder mission. The process of calibration quantifies the sensor response to known signal inputs. Accurate calibration is critical for Earth-observing instruments to produce measurements with low uncertainty, especially those used to monitor Earth’s climate from space.

Historically, Earth-observing instruments are calibrated on the ground prior to launch using specialized equipment installed within or around thermal vacuum chambers that simulate the space environment. However, after the instrument is launched into space, we must use tools that are available in-orbit, either as part of the instrument design (e.g. solar diffusers), the Earth system (e.g. stable targets like thick clouds or desert scenes), or celestial bodies (e.g. Sun, Moon, deep space) to monitor the instrument’s calibration throughout its lifetime. This has typically been done by calibrating an instrument prior to launch then tracking how that pre-launch calibration changes throughout the instrument’s lifetime. Alternatively, the CLARREO Pathfinder calibration approach attains the SI-traceable (i.e. traceable to international standards) accuracy needed to monitor climate and maintains that accuracy in-orbit throughout its lifetime with several on-orbit calibration operations as described below. 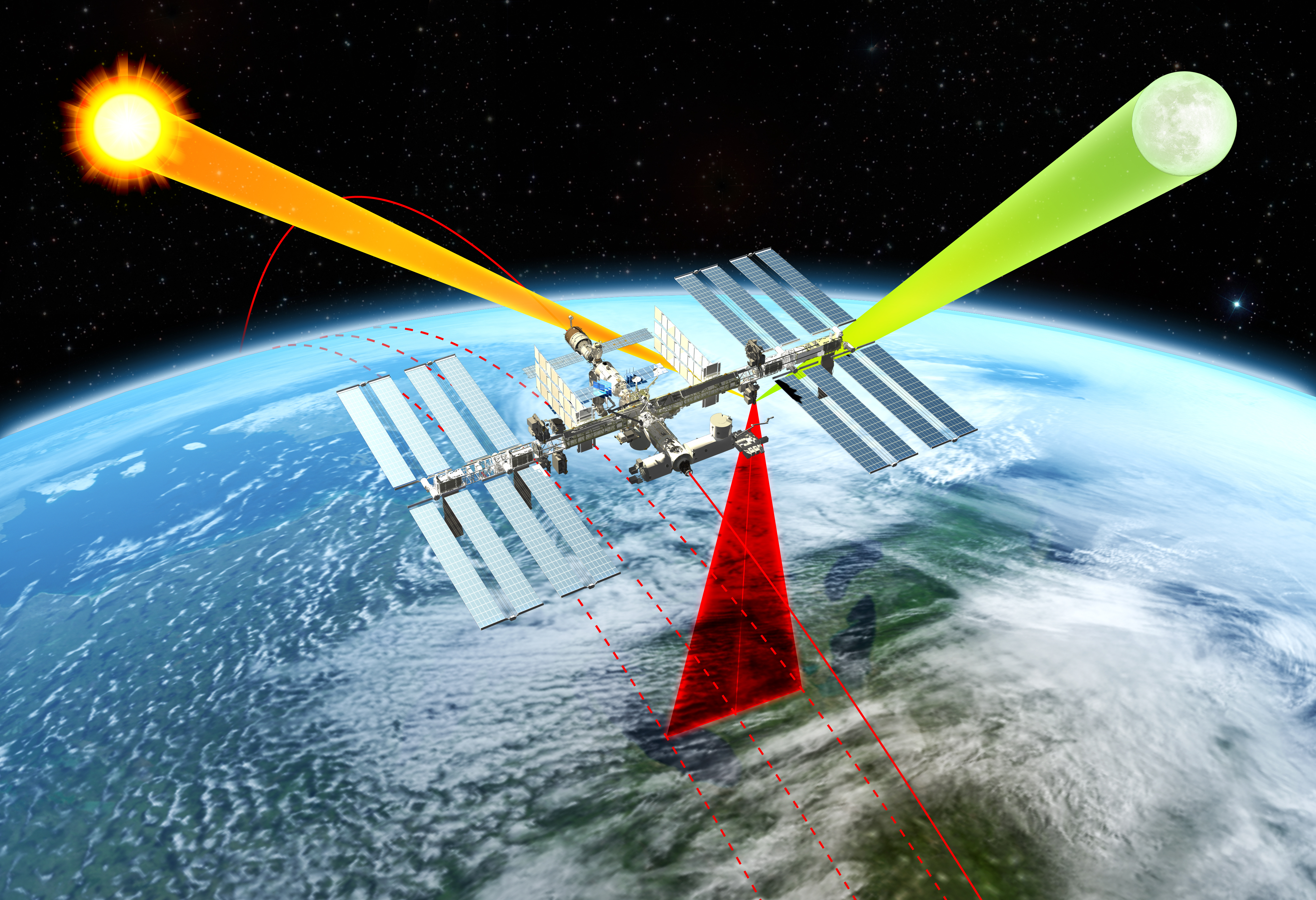 Recall from the CPF measurement approach description that there are two entrance apertures: one to view the Sun (0.5 mm) and one to view the Earth and Moon (20 mm). Flat field scans must be taken for both apertures to be able to correct for gain variations due to variations in the optical surfaces. These gain variations can be different from the two apertures, which is why both scans are needed. The Sun is used because it is a stable, well-known light source that every pixel on the sensor can be exposed to regularly on-orbit, and these along-slit scans, will start and end 5° away from the Sun. During the larger aperture (20 mm) flat field scan, it will be covered by a transmissive solar diffuser.

Precise knowledge of the instrument’s wavelength scale is important because all terms in the calibration and measurement equations are wavelength-dependent. In-flight temperature changes are expected to cause small shifts in instrument optical alignment, the main impact of which is slight shifts in wavelength scale. This can cause errors in spectral region’s high gradient spectral features, such as at the edge of water absorption lines. A HgAr (mercury argon) pen-ray lamp that outputs known spectral atomic lines between 400 nm and 2100 nm will accompany the instrument. Measurements of the output from the lamp will be used to determine the wavelength scale of the instrument regularly throughout its lifetime.

This effort will provide an alternative radiometric calibration of the CLARREO Pathfinder instrument that follows an independent traceability path than that used to produce the CPF Level 1B data product. The CPF Independent Calibration approach will rely on a pre-flight absolute radiometric calibration and a high-fidelity instrument model to transfer the pre-flight calibration to orbit. The result, with an expected uncertainty of 0.5%, will be used as an informal validation of the official CPF calibration that will be reported in the CPF Level 1B data product. The independent traceability path provided by this effort can be used as additional support for the scientific community of the validity of the novel, groundbreaking CPF on-orbit calibration approach. The instrument model is also expected to provide CPF data users with additional understanding of HySICS.

A critical part of the independent calibration approach is characterizing the sensor to SI-traceable, absolute radiometric quantities during pre-launch calibration traceable to the SI quantity power in Watts (pre-launch calibration box). SI-traceability on orbit will be demonstrated by showing that predictions of HySICS output using the high-fidelity sensor model developed from pre-launch characterization match on-orbit absolute solar irradiance measurements. The pre-launch characterization provides sufficient data to develop a sensor model capable of predicting the solar and planetary/stellar measurements planned for on-orbit calibration. Disagreement implies the sensor model requires updating to account for changes in sensor behavior after the prelaunch calibration. It is expected that an iterative process, as shown by the flow-chart below, will be needed to determine which portions of the model need to be updated and then to evaluate whether the updates are sufficient. Agreement between on-orbit predictions and the measured values within the stated Independent Calibration uncertainties implies the SI-traceable pre-launch calibration has been transferred to orbit. 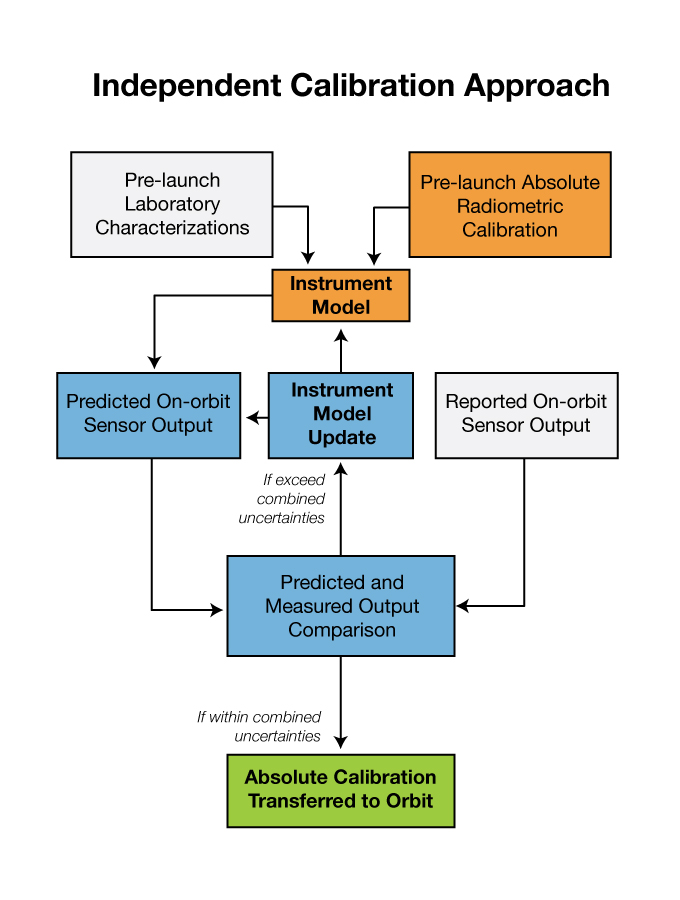